Uganda, officially the Republic of Uganda, is a landlocked country in East Africa. It is bordered to the east by Kenya, to the north by South Sudan, to the west by the Democratic Republic of the Congo, to the southwest by Rwanda, and to the south by Tanzania. Uganda is the second most populous landlocked country. The southern part of the country includes a substantial portion of Lake Victoria, shared with Kenya and Tanzania, situating the country in the African Great Lakes region. Uganda also lies within the Nile basin, and has a varied but generally equatorial climate.

Uganda takes its name from the Buganda kingdom, which encompasses a large portion of the south of the country including the capital Kampala. The people of Uganda were hunter-gatherers until 1,700 to 2,300 years ago, when Bantu-speaking populations migrated to the southern parts of the country.

Beginning in the late 1800s, the area was ruled as a colony by the British, who established administrative law across the territory. Uganda gained independence from Britain on 9 October 1962.

The PiaNupe Wildlife Reserve is a half million acres, about midway up Uganda and near the border
with Kenya. The region is southern Karamoja (of Bell fame), a 5 hour drive north and east of
Kampala. It’s a government concession opened for hunting 4 years ago. Despite the size, the
game is concentrated in an area of about 80,000 acres within a radius of 6 miles from camp.
Dik-dik are plentiful in an area 44 miles north. Sitatunga are found in the swamps on the western
boundary of the concession, about 12 miles from camp.

Karimojong Overland Safaris has access to other areas where Nile Buffalo and Uganda Kob can be
hunted for those clients wanting these species. Transfers to Lake Albert Kabwoya area for 2 days
can be by air charter and/or road.

During the Idi Amin era, PiaNupe became a neglected back-water in the southern Karamoja region, where the Karamijong and Pokot people took advantage of a lawless period to deplete the unbelievably rich wildlife of the area. It has only been in the last 10 years that game has rebounded and is showing good population increases. For the first time in forty years, Roan antelope herds of up to 60 head can be seen. Jacksons Hartebeest, East African Eland, Defassa Waterbuck, Bohor Reedbuck, Chanlers Mountain Reedbuck, East African Sitatunga, Guenthers Dikdik and East African Oribi occur in numbers that justify a sustainable trophy hunting off-take. Other common species are Duiker, Warthog, Spotted Hyena, Klipspringer, Cape Buffalo, and Nile Bushbuck. 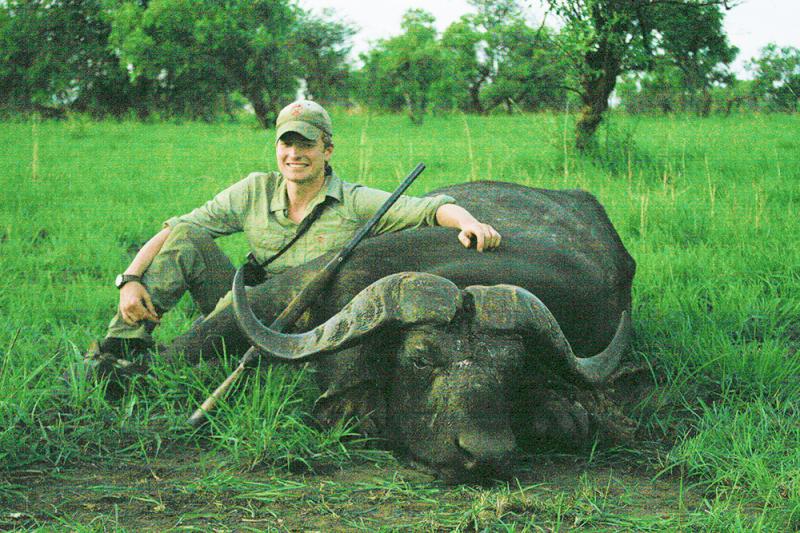 Good hunting is available for most species within a 10 mile radius of the camp. Hunting is legal year round with the best times being from January through to the end of April.

Moroajore Camp is centrally situated within the reserve, a 5 hour drive or 1 hour flight from Kampala. The camp is a well appointed and comfortable lodge catering for up to 6 guests in permanent tented safari chalets with full en-suite facilities.