GREATEST VARIETY OF GAME IN AFRICA!

South Africa is a vast country offering virtually a full spectrum of wildlife habitat and hunting experiences.  Along the Indian Ocean coast in both Natal and the Eastern Cape, one finds belts of extremely dense vegetation.  Farther inland in both areas, the land rises quickly to substantial mountain ranges.  North and west from the Cape Mountains lies the Karoo Desert, a wind-swept, arid plain with scattered hills and thornbush valleys.   In the northwest, the Karoo yields to thornbush along the southern edges of the Kalahari.

In the center of the country lies Orange Free State, a high, well-watered plateau of rolling grassland that creates ideal habitat for antelope species.

To the north is the Transvaal, heavily developed near Johannesburg and Pretoria, but along the borders of Zimbabwe, Botswana, and Mozambique still very wild country. Here the northern Transvaal is essentially mopane woodland – the dense thornbush so many African species thrive in.

Extensive game ranching has extended the range of many of South Africa’s most desirable species.  For instance, nyala were originally confined to the coastal bush of Natal and Zululand, but today may be hunted in most areas of the country.  Likewise, gemsbok, native to the arid Karoo and northern Cape, are also found in all regions. However, in general, South Africa’s game follows the habitat types.  The thornbush of northern Transvaal holds species similar to what might be found in neighboring Zimbabwe – exceptional southern greater kudu and very good bushbuck, and common species such as impala and warthog. The semi desert of Karoo and northern Cape is typified by species such as springbok, gemsbok, and red Cape hartebeest.  Herd animals like blesbok and black wildebeest are typical of the Orange Free State’s grassy plains. The Eastern Cape, with its great diversity of habitat, probably offers the greatest diversity of species, both naturally and because of intensive game ranching.

A complete list of South Africa’s big game species is mind-boggling.  However, it must be remembered this is a very large country, and not all species are found in all areas.  The game list in any one area is likely to be extensive, from a dozen to more than 20 varieties. One area, therefore, offers plenty of game for any one safari.  Thanks to South Africa’s excellent road network and internal air connections, it is also quite possible to target several of the local rarities and move from one area of the country to another during the course of a safari.  However, this type of hunting can require a great deal of moving around and will not be nearly as leisurely a safari as staying in one or two areas should be.  Such a hunt may also require arranging shorter hunts with several different outfitters, since these days few South African outfitters attempt to hunt the length and breadth of this big country.  Most South African safaris are conducted from extremely comfortable permanent camps.

The vast majority of South African hunting is conducted on well-managed private lands. These may be extremely large tracts bordering Kruger National Park, or they may be very large contiguous estates in the Cape Mountains and other remote areas, but they are most likely to be high-fenced game ranches.  South Africa’s game, as was America’s, was ravaged during her colonial era.  Game ranching, sparked by the safari industry, brought the game back – but fencing is a part of life.  It exists because fenced game is private property, breeding stock is extremely valuable, and fenced properties gain exclusion to the short hunting seasons conducted on unfenced properties.

On well-managed game ranches of reasonable acreage, the fencing should be invisible to hunters.  On the plus side, game ranching has greatly increased both concentrations of game and numbers of species within a given area.  Numerous South Africa species are open-country herd animals and not difficult to hunt under any circumstances.  Other animals are difficult to hunt at all times in all places.  In the aggregate, a hunter can easily average one species per day on a South African hunt, but not all the hunting is easy. Kudu, though plentiful, are always time consuming; likewise, bushbuck and nyala.  Some of South Africa’s most difficult prizes may be surprising.  Among her most difficult and most time consuming trophies to obtain are the smaller antelope such as Vaal rhebok, Cape grysbok, red and blue duiker, and suni.

Bird hunting can be seasonally excellent.  Grouse and waterfowl hunting is some of the best in all of Africa.  Incidental bird hunting is always a possibility on a safari. For a serious bird hunter we recommend an extra three to four days solely focused on bird hunting. 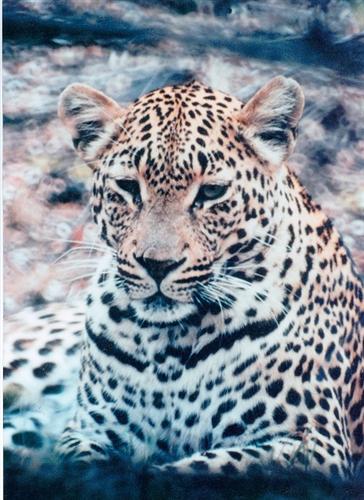 Hunting may be conducted year round, and thanks to good roads and a diversity of habitat, is very practical throughout the year in many areas. The rainy season, generally January through April, does make hunting difficult - sometimes impossible - in the northern Transvaal and Natal.  Prime hunting months throughout the country are May through October, with the coolest months being June, July and August.

South Africa sits very far south in the Southern Hemisphere, so actually has a very temperate climate.  The winter months of June, July and August feature cool, often cold, nights and sunny, cloudless days in general.  However, especially in mountainous areas, extreme cold and even snow are quite possible.  May is generally a bit warmer, and September and October become increasingly warm as summer approaches.

Although a few South African professionals have come from elsewhere in Africa, even Europe and America, the vast majority are native South Africans, back 300 years and more.  The safari industry is fairly new in this country, as is the current plenitude of game.  Just 25 years ago, there was just a small handful of professional hunters who specialized in South Africa’s rarities - and serious trophy collectors were their only clientele.  Today South Africa enjoys the lion’s share of the entire continent’s safari industry, and offers good hunting for the first-timer and veteran African hunter alike.

Unlike more remote parts of Africa, South Africa has almost no hunting tribes.  Staffs tend to be well trained and competent, but a South African professional is more likely to depend upon his own hunting and tracking skills, whereas professional hunters in other parts of the continent often defer to their trackers for hunting decisions.

Northern Transvaal - This is a country of dense thornbush and deep-cut, rugged river canyons.  Species are generally similar to Zimbabwe’s game.  South Africa’s largest kudu and best bushbuck are part of the extensive game list, along with local rarities like Sharpe’s grysbok and most of South Africa’s small sable and roan populations.  Most areas hold huntable populations of leopard (on a tight quota) and the northern Transvaal, especially the Kruger Park corridor, holds virtually all of the huntable populations of lion, buffalo, and elephant (all on very tight quota).

Natal-Zululand - Western Natal Province becomes quite mountainous and offers mountain game such as nyala, klipspringer and southern mountain reedbuck.  However, most of the hunting is done in dense coastal thornbush, the primary habitat of the beautiful nyala.  The Indian Ocean coast is also the only place where Natal red duiker and Livingstone’s suni may be hunted.  Thanks to extensive game ranching, the area also offers fine waterbuck and some of South Africa’s best impala. Historically, the bulk of the white rhino population centered in this area, but again, thanks to game ranching, white rhino are now well distributed throughout the country.

Eastern Cape (The Karoo) - Ranging from coastal thorn bush to very high mountains, the southeastern portion of South Africa, known as the Eastern Cape, offers some of Africa’s most extensive game lists.  Sporting beautiful neck ruffs, the Eastern Cape kudu is confined to this region.  Cape grysbok, blue duiker, bontebok, Vaal rhebok, Cape bushbuck, Cape mountain zebra, and Cape eland are among the indigenous prizes.  Common and black and white springbok abound in this region.  Numerous other species such as waterbuck and nyala have been introduced or reintroduced.  The Eastern Cape offers dramatic scenery and extremely varied hunting, as well as incredible variety.

On the plus side, South Africa offers unusually successful hunting for a wide variety of game, with trophy quality absolutely fabulous and improving all the time.  Road networks and internal commercial flights are excellent, so it is very practical to effectively hunt several areas depending on time available and one’s hunting goals.  Simplified logistics also translate into very reasonable safari costs, and South Africa’s general system is to pay an all-inclusive daily rate plus trophy fees for animals actually taken (or wounded and lost). There should be no unpleasant surprises.

The fact that most hunting will be done behind game fences isn’t really a minus, just a fact that must be accepted if one hunts in this country.  Game ranching has created the plenitude of wildlife, but it does mean that South Africa isn’t quite as wild as some countries to the north.

For Big Five hunters, South Africa offers the only rhino hunting remaining (Namibia has a few available yearly).  With a very few exceptions, such as a couple of tribal homelands and some properties border