Hunt red stag in Patagonia, Argentina in the beautiful Andes.  Red stag hunting in Argentina is a great opportunity for all those hunters who like to hunt antlered game, such as elk and deer.  Red stag hunting offers much of the appeal that North American elk hunting offers.   In March and April, red stag are in the “roar” and provide the same thrills and excitement as elk hunting in September and October in the western states.  Red stag were introduced to Patagonia in the 1920’s and have since thrived in various locations in western Argentina.  Some of our favorite hunts are in the Patagonia region based out of beautiful Bariloche.  Hunters fly to Buenos Aires and are met at the airport and transferred to another domestic airport where you will fly on to Bariloche.  Hunters are met there and transferred to the ranch.  Take a day or two if you wish to take in the beautiful city of Bariloche and local cuisine and history.  Most of the hunts are five days of actual hunting with a day of transfer on each end.  Most of the red stag hunts are on open, free ranging ranches and much of the hunting is done by horseback and on foot.

Accommodations are luxury lodges with great food and staff.  The hunting guides are normally Mapuchi Indian guides who are extremely good hunters armed with good optics. 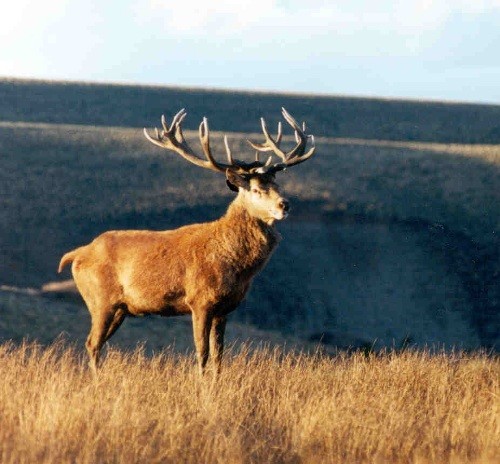