Like western/central Alaska, eastern Alaska tends to be more mountainous.  One nice thing about eastern Alaska is that much of this country favors the use of horses.  Hunting moose from horseback is far easier than hunting on foot, but the real beauty is watching a horse carry that half-ton of meat back to camp.  The new world record was taken in this region several years ago! A common feature of the moose in this region of Alaska are beautiful antlers and magnificent, multi-pointed palmation. These hunting districts also allow a hunter to take a grizzly every year, unlike the rest of Alaska, which is once every four years.  September is prime time in this area for a moose hunt.  Grizzly can be combined throughout the month of September.  Sheep  can be included in some areas by hunting in early September and taking ten days or more. 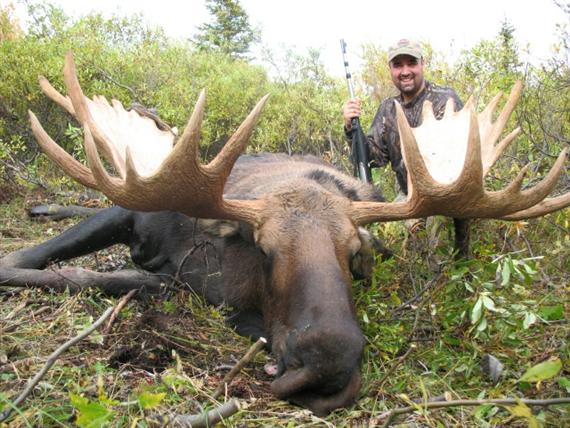