The Brooks Range has the least hunted sheep population in Alaska.  This area is so remote that few hunters venture there.   Wildlife refuges, such as the Arctic Wildlife Refuge and Gates of the Arctic, protect key habitat.  Outfitters here have exclusive commercial use permits similar to Canadian outfitters.  Much of the Brooks Range remains unchanged to this day.  Due to tight quotas, average horn length of sheep from the Brooks Range is among the longest anywhere.  The Brooks Range also offers some of the physically easiest sheep hunting found.

Starting August 10, hunt sheep only or add caribou.  Occasionally a wolf is taken.  Starting August 20,  Arctic grizzly can be included with dall sheep and caribou in some regions.  This is some of the most successful grizzly hunting anywhere in Alaska.  100% is not uncommon.  Ten days is good for one to two species.  Twelve to 16 days is better for more species.

Hunt by raft, horseback, backpack, and fly to spike camps.  We have the perfect camp for you. 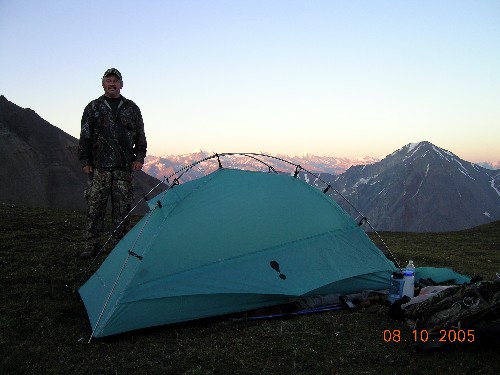