In British Columbia, we recommend hunts in the Cassiar Mountains and the coastal range of northwestern British Columbia.  A legal ram is a full curl ram, eight and one-half years or older.  In reality, just about any legal ram is a good trophy quality sheep.  Each year our clients take 40-inch plus rams with special planning.  We favor hunts during August when weather is generally less of a problem.  When hunting in September and October, book longer hunts in case of bad weather.   For the hunter wanting a ram with a dark pelt, the later you hunt, the darker they are. 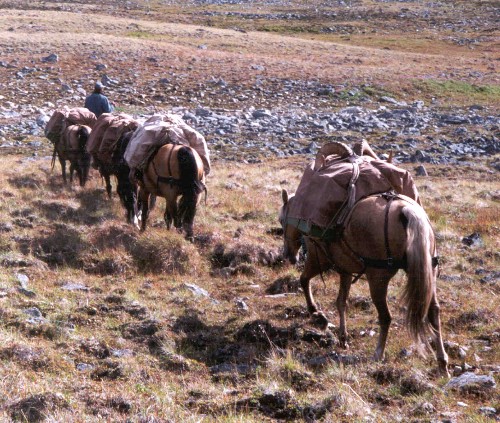