The Yukon Territory is a fabulous place to hunt for a multitude of species.  There is only a handful of outfitters in the whole province and the average size of each outfitter area is easily 4,000 square miles.  Grizzly hunts in the Yukon are conducted by flying into remote wilderness country and then hunting by horseback or perhaps with boats on rivers and lakes.  Salmon frequent many of these rivers but they actually arrive later in the season than in Alaska.  Late September through the end of October can be a productive time to hunt grizzly.

Other opportunities can include hunting for moose and caribou and, in some cases, sheep.  The Yukon is a good option for serious bear hunters wanting Interior Grizzly and Antlered game.

Cost and Dates
Hunts start on September 7, running through early October at 8-day intervals.  The cost is $9,000 plus $6,000 on kill of a bear.  The hunt includes wolf, wolverine and black bear.  Harvest fees for additional game taken on fall grizzly hunts are Alaska/Yukon moose $5,000, and $5,000 for mountain caribou.

Success
Generally speaking, grizzly hunted as a primary animal will normally run between 75 and 90%.  On mixed bag hunts, if bear is still the focus, high success can still be achieved, especially if you are on a longer hunt. 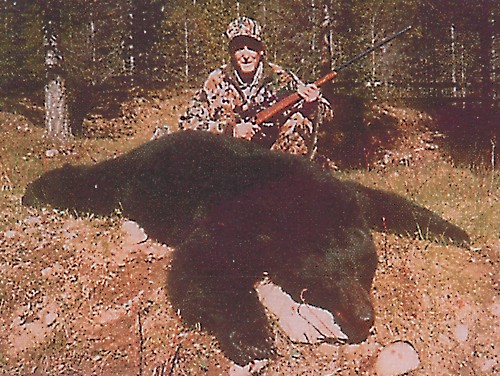