Why does wild sheep hunting captivate so many hunters? No doubt the terrain they live in is some of the most stunning scenery on earth. Sheep hunting may be the most challenging of all hunting, both physically and financially. The hunter must rise to the level of the ram. There is no faking it here, this is a “for real” hunt.

Dall sheep is the most abundant, least costly, and most successful sheep to hunt.  We arrange quality sheep only or sheep combination hunts throughout Alaska, the Yukon, and the Northwest Territories.

A large portion of Alaska’s sheep population is located in the Wrangell Mountains. Nestled north of the 19,000-foot coastal mountain range, this area generally receives less snowfall, sheltering the sheep populations.  It is rare to see more than a foot of snow on many of the valley floors.  Huge parks or park preserves are found throughout the range.  These parks create an immense pool of un-hunted sheep that trickle into hunted areas each year.  Outfitters we deal with have exclusive commercial use permits in this region; some even have hundreds of thousands of acres of PRIVATE property.  Many of the largest dalls ever taken came from this region.  This is one of the few areas in Alaska where horses are incorporated into a sheep hunt.  With the fly-in use of aircraft moving hunters to higher sheep camps, then hunting daily from a horse, one of the easiest sheep hunting opportunities in North America is created, hunting usually under 5,000 feet.  This area has excellent ram populations.  It is not uncommon for hunters to see 30 to 50 rams or more on a ten-day hunt.  About 10-15% will be good full curl rams.  The season runs August 10 – September 20 for full curl rams.  Occasionally a black bear, mountain goat, or wolf will be taken.  Grizzly opens August 10 in some areas.  This is a one grizzly every year area.  From September 1 – 20, it is mixed bag time.  This area harbors an excellent grizzly bear population and some very large moose.   Sheep are so abundant in this area that hunters can share a guide to reduce the cost and still expect to come home with a trophy ram.

Within view of the Arctic Ocean, the Brooks Range is the northern-most range in Alaska and spans some  700 miles in width and 150 miles in height. The United states considers it the norther tip of the Rocky Mountains, whereas Canada contends the Rockies end in British Columbia, making them a separate range. In either case, they are loaded with Dall Sheep!

The Arctic National Wildlife Refuge has portions well within the Brooks range, and travel up to the 68th is normal for hunters on the “north slope” of the mountains. However, the sheep do not occupy the very northern extreme of Alaska, which is relatively flat for the last stretch before reaching the Arctic Ocean. 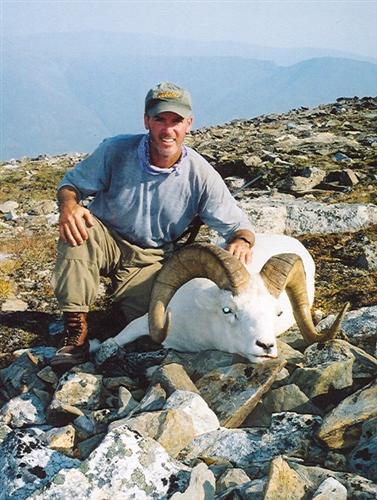